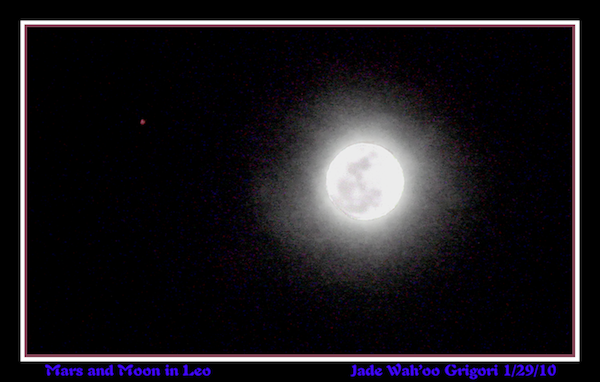 Young Warrior King Upon the anointed Young Warrior King Treasures and trust of Olden Rulers Are bequeathed as Time’s Ancients look on; The time has come, Destiny’s course set. The Dream King’s trident churns his waters To engulf the deniers of change: Those staunch echelons of refusal Who live in known death, in fear of life. Queen of Delight quivers at the thrill Where honor is meted to courage, And love is reserved solely for those Who survive challenges to be met. Teller of Tales spins Stories of Old In the Great Hall before hosts gathered, Who await freedom from tyranny; All hopes upon he adorned in red. Healer, who was wounded and made whole, Counsels the Elders of dangers seen, Where willful avoidance is perceived, To seek and embrace with forgiveness. Central to All, the throne resplendent Where sits wise the Magnificent One Upon whose golden mast are tethered All their spun cords of power and place. Lacquered red, his Warrior King’s armor – Sling, sword and arrow adorn his side. Saddled, his horse hastens to ride the night Towards the Old Guard whose banner is raised. Beautiful and full with Wisdom’s gift She lights his Warrior’s path to ennoble That which is virtuous and worthy At this spinning the Wheel of the Age. Celestial forces align, this night, And invoke Earth’s Souls’ awakening. From this mark is Fear’s shadow shattered; Knowledge and Love shall rise triumphant.
Jade Wah’oo Grigori 1/29/10 +++++++++++++++++++++++++++++++++++++ Here is a key to the codes within the poem, which themselves are evidenced in our night sky... Young Warrior King: Mars in Leo Olden Rulers: Archetypes of past Ages Dream King: Neptune in Aquarius Queen of Delight: Venus in Aquarius Teller of Tales: Mercury in Aquarius Great Hall: The starry vault of our night sky Healer: The Wounded Healer, Chiron in Aquarius Elders: The gathered planets in Aquarius Magnificent One: the Sun, his golden mast the pivot of the Solar System Old Guard: The forces of fundamentalism within ourselves and our cultures Beautiful and full...: the Moon Wheel of the Age: The shift from one Celestial Age into another that is upon us, as indicated by(below): Celestial forces align...: The alignment of the Center of our Galaxy with the Earth's ecliptic at the Winter Solstice sunrise