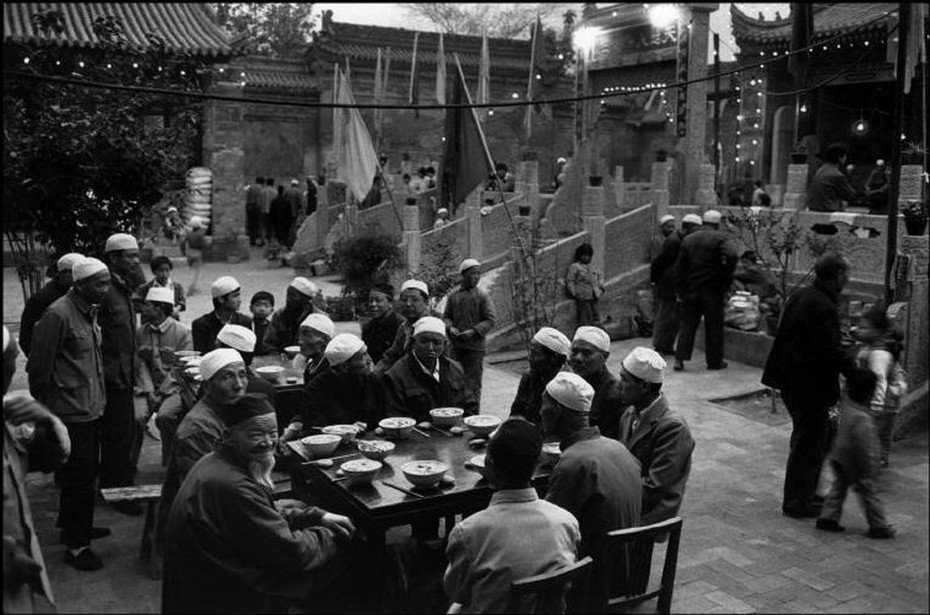 These Muslims in Xian, China are Uyghurs. Official Chinese view asserts the Uyghurs to be of Tiele origin and only became the main social and political force in Xinjiang during the ninth century when they migrated to Xinjiang from Mongolia after the collapse of the Uyghur Khaganate, replacing the Han Chinese that they claimed were there since the Han dynasty.https://en.wikipedia.org/wiki/History_of_the_Uyghur_people