THE HOPI TWIN STORY: LEGEND OF THE TWINS

Upon my return to LA in May, I was working out and found myself surrounded by celebrities that were twins. Scarlett Johansson (who has a twin brother Hunter) and Good Charlotte band-members Benji and Joel Madden both twins - and both mysteriously showed up in my path while working out. Than later that day, I also read to my kids at the LA public library, and also found myself reading to twins. Everywhere I went - twins were showing up! I had always had a personal connection to twins given that both my grandfathers were twins – so the possibility of having twins is genetically likely in my family... but this syncronicty was so strong this particular day that i couldnt ignore it.


As I returned home - I picked up the Frank Waters book on the Hopis and started reading - and again it was twins! I had left off on page 72, and it was all about the famous Hopi Legend: "JOURNEY OF THE TWINS”
Twins are spiritually important and these synchronicities were leading me to connect spiritually to the essence of twins through my grandfathers (both twins).. and particularly my Hopi grandfather Albert who was showing up.
As i read page 72 - it was all about the famous Hopi Twin story. The (condensed version) is about an orphaned boy who protects his twin sister as they escape fire and a destruction of their city to start life anew. According to Hopi legend, twins have a special spiritual power called: choviohoya, which means “young deer” in Hopi.
As Hopi Legend goes- the deities of the Bear Clan and the Water Clan – Eototo and Aholi warned the people that they were breaking the law by staying in the Red City and warned them to migrate. Eventually they didn’t heed their warning and the city was left in ruins. In one home was a boy and his twin sister who stumbled out of their home untouched after their city was in ruins. Left orphaned, the little boy made his way with his twin sister (protective of her) and followed a deer, trailing it and finally shot it and used its parts for protection, food and shelter as instructed by the deer. Eventually, the boy and girl made their way to an area along the Rio Grande called Katchina House – where they settled. The villages called the twins “Mochis or “Awl people”.
(SEE PHOTO OF TWIN DIAGRAM) This drawing, Diagram #28 shows one of the murals found in New Mexico depicting this famous Hopi Twin story).

The twins mural shows the dark half of the body holding a ceremonial cane or rod – representing the boy and the light side holding the feathers with the breast – representing the girl).
Reading this was unbelievable – as I stared at my broad-faced Owl Kachina doll comparing the parallels of the Hopi story to that of my grandfather’s own life and his humble beginnings this time around.
My Hopi Grandfather in THIS LIFETIME like the famous Hopi Twin story –was also a twin – with a twin sister named Eve. He too, had also been orphaned and survived a fire as a little boy shortly before he was orphaned in England. He was also tasked with looking after his twin sister Eve after they were orphaned, much like the Hopi Twin story. While preparing this blog, I had a specific dream about a little white and brown Chihuahua licking my face. It is quite common for me to dream about dogs the day before i work with Kinder4rescue dog rescue - a dog rescue organization in LA that i help out on occasion. In this case, it was Gibby – a white and brown Chihuahua who has a twin sister –Lexie that I encountered the day after my dream and after a night of working on this blog about twins!. (SEE PHOTO OF TWIN DOGS_)
Though my Hopi Grandfather visits me from the spirit world less frequently these days - when he does show up - he has a very forceful and powerful presence. A man of very few words – some of the Hopis I’ve met can attest that he has quite an impact on people - as through spirit - he was working through the heart of the Elders during Return of the Ancestors - to heal some of the internal conflict with our fellow Hopi tribes that occurred – (something that the Hopi Prophecy predicted).
As both a Bluebird and a Bear Clan member - it is my hope to find time in the future to learn more about this past Hopi lifetime with these beautiful wisdom keepers and gatekeepers to the stars and spend more time with Grandfather Eric and Ruben Saufkie and his Uncle Alan - our fellow Water Clan brothers -also from the 2nd Mesa. It is from the Hopi’s wisdom and beautiful culture that we still have so much to learn and understand about our ever-changing and evolving world and much spiritual importance to learn from the importance of the twins. 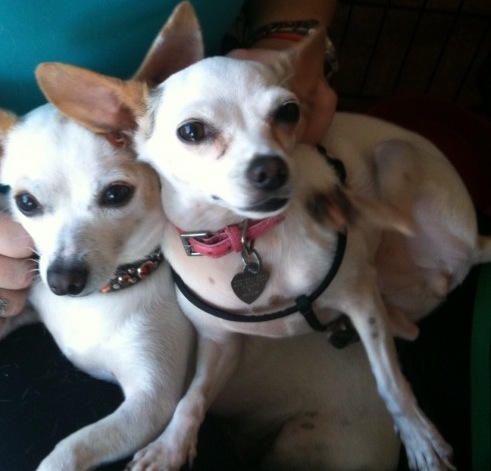 Comment by Maria Ramos-Yoo on September 9, 2009 at 2:13pm
How can one learn more from the Hopis? Do you recommend any books or other things?